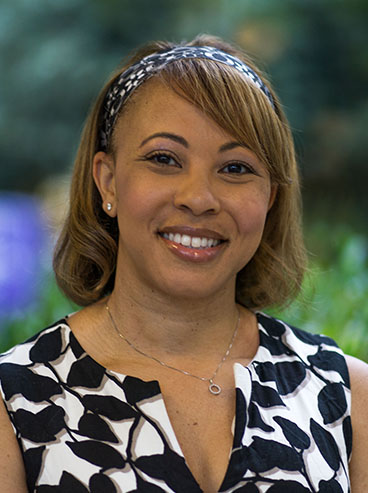 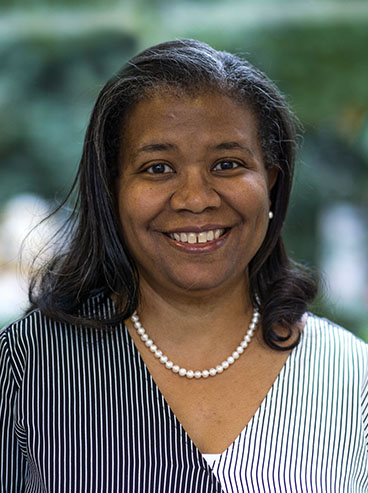 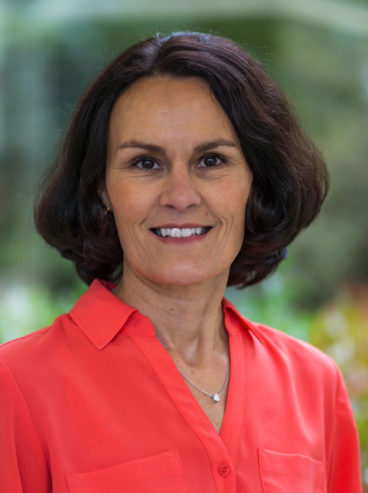 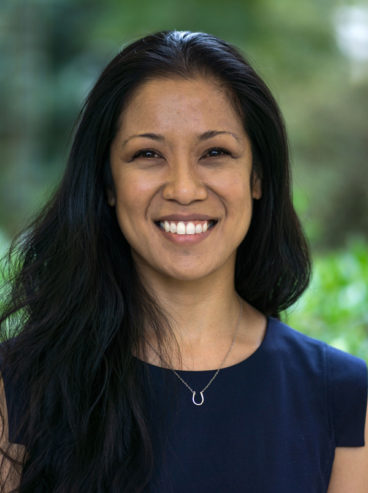 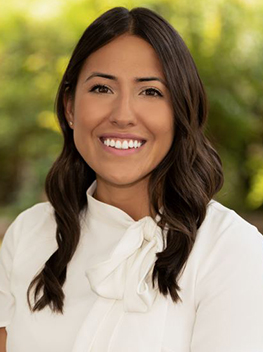 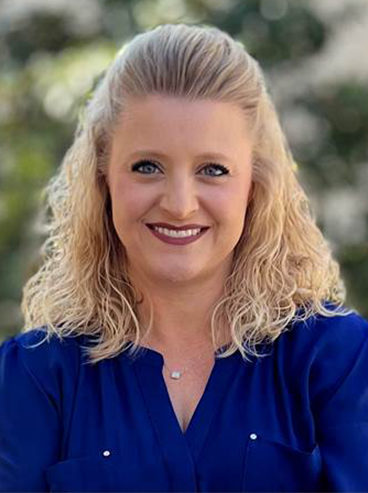 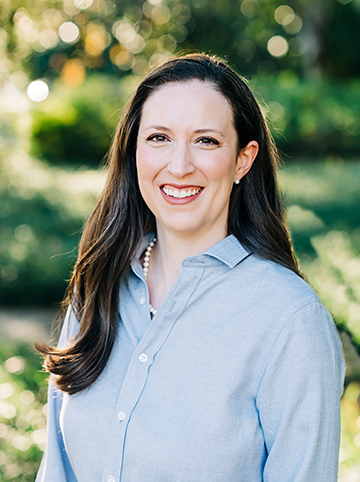 Dr. Beasley completed her internship at New York Medical College at Westchester/Metropolitan Hospital in New York. She then received a Health Physicians Scholarship with the U.S. Air Force and completed her OB/GYN residency at the Uniformed Services Health Education Consortium at Brooke Army Medical Center in San Antonio, TX, where she was honored with the Special Resident in Minimally Invasive Gynecology award.

Upon graduation, she was stationed at Langley Air Force Base in Hampton, Virginia from 2015-2019. Dr. Beasley was promoted to the rank of Major and served as the physician leader and coordinator for all obstetric emergency simulation drills as well as leader of the hospital-wide Surgical Disaster Team Readiness.

After finishing her military career, Dr. Beasley practiced from 2019-2022 in Columbia, SC at Prisma Baptist Hospital. There, Dr. Beasley was the lead physician of the Cesarean Section Reduction Task Force, decreasing the hospital-wide cesarean rate. She was also the lead physician of the hospital-wide Baby Friendly committee, which implemented national standards to promote breastfeeding and strengthened exclusive breastfeeding rates.

Dr. Beasley is happy to now be a resident of Raleigh and loves exploring the city with her husband Knox, who is a dermatologist in the Army, and their two children. In her spare time, she enjoys cooking and trying new foods with her family, trips to the beach, traveling and sight-seeing, riding her Peloton bike, visiting museums, and attending symphony concerts. An interesting fact about Dr. Beasley is that her minor in college was musical performance and she was principal oboe in her college orchestra and symphonic band.

Ms. Katie Lyons recently joined Centre OB/GYN in the fall of 2021.  Originally from Colorado, she obtained her bachelor’s degree in Kinesiology and Applied Physiology from the University of Colorado, Boulder and went on to the University of Colorado School of Medicine where she was trained as a Physician Assistant.  She has worked in obstetrics and gynecology since graduating in 2006.

During her training she realized her passion was to help women navigate their reproductive years and be a comfort and a resource during, what can be, a challenging time. She enjoys being able to build relationships with her patients and help them feel at ease to provide the best quality and personalized care possible. Her medical interests include contraception, prenatal care, infertility, and preventative care.

Katie lived and worked in San Francisco for 13 years as an OBGYN Physician Assistant before moving to North Carolina in 2019. She loves to sing and performed in musical theater before becoming a PA. She also enjoys traveling, home improvement projects, interior design, and spending time at the beach with her husband and two sons. She feels she has the two best jobs in the world; being a Women’s Health Physician Assistant and being a mother to her amazing children.

We would like to welcome Dr. Luisa Vera to the Centre OB/GYN family!  Dr. Vera completed her Bachelor of Science from the University of Notre Dame and earned her medical degree at the University of Florida College of Medicine.  She completed her residency training in obstetrics and gynecology at Indiana University School of Medicine where she was awarded the 2020 American Society for Colposcopy and Cervical Pathology Resident Award as well as the prestigious Jennie L. Batson Award for outstanding clinical care.

Dr. Vera was born in Lima, Peru, but grew up with her family in Orlando, Florida. She is fluent in both Spanish and English and is committed to providing quality and personalized care to all women of all ethnicities, races, religion, gender identity, sexual orientation, ancestry, and physical abilities. She has always loved obstetrics and caring for women throughout their pregnancies and delivering babies, as well as providing gynecological and preventative medical care.

Dr. Vera has explored many of the trails in North Carolina with her goldendoodle, Rosie, and her fiancé. She is an avid Peloton rider and enjoys staying active. Finally, she loves being back in the Southeast, not only for the warm weather and amazing food, but the wonderful people she has met along the way.

Dr. Pak has a passion for caring for women throughout their lives and finds helping women through their pregnancies and welcoming healthy babies into this world to be most rewarding. She believes in preventative healthcare and empowering women to be active participants in their overall health and wellbeing.

Even though Dr. Pak was born and raised in the paradise state of Hawaii; after relocating to North Carolina for her residency, she fell in love with our great state and decided to make it her forever home along with her husband, 2 children, and the family beagle Rocky.

As a native of Elm City, Dr. Collins is committed to providing quality healthcare to women in North Carolina. She has always been a science person who is fascinated by human development and sees the human body as the ultimate “machine”.

Dr. Collins is an avid college basketball fan who enjoys watching and attending games with her husband and two sons. When not in the office or at the hospital, she enjoys relaxing at the beach with friends and family.

Dr. Erika Clark joined Centre OB/GYN in 1999. She completed her undergraduate studies at Johns Hopkins University and received her Medical Degree from the University of Pittsburgh School of Medicine. Dr. Clark completed her residency training in obstetrics and gynecology at Henry Ford Health Systems in Detroit, MI.

A native of Detroit, MI, Dr. Clark has been providing quality healthcare to women in the Midwest, Northeast, and Southeast areas since 1995. Having moved to North Carolina in 1997 to provide Ob/Gyn care in a rural area as part of the National Health Serves Corp., she understands the unique challenges women in our communities’ face on a daily basis and works to improve their health and the health of their families.

When not at home spending quality time with her husband, family, and friends, Dr. Clark is traveling with her daughter to competitions across the Southeast.

Dr. Tanneisha Barlow has been practicing medicine since 2005 and joined our practice in July 2007. She received her bachelor’s degree in kinesiology from the University of Michigan and earned her Medical Degree at the Michigan State University College of Human Medicine. Dr. Barlow completed her residency in obstetrics and gynecology at the Indiana University School of Medicine.

Dr. Barlow is committed to promoting preventive healthcare for women of all ages and ethnicities and strives to educate women about healthy behaviors that support healthy living. She currently serves as the vice chair of the OB Department at REX hospital. Additionally, Dr. Barlow is a part of several other UNC Rex committees including; Performance Improvement, Perinatal Quality, and Standing Orders.

Having grown up in a military family, she spent her childhood living abroad. Dr. Barlow is a fitness enthusiast who enjoys spending time with her two children and traveling to new places.

*New patients must register with our office before using the patient portal.

A commitment from Centre OB/Gyn, ABOG, ACOG, and others dedicated to Women’s Health, Obstetrics, and Gynecology addressing racism in healthcare

As our nation confronts systemic racism and consequences of persistent inequities and disparate outcomes in health care, our organizations—which include the leading professional organizations in the fields of obstetrics and gynecology—are committed to changing the culture of medicine, eliminating racism and racial inequities that lead to disparate health outcomes, and promoting equity in women’s health and health care. Our commitment to a better future requires an honest examination of the past and the present.

Due to the current COVID-19 pandemic, our policies and restrictions are being updated frequently.

If you have COVID-19 symptoms or you are concerned that you may have been exposed to COVID-19, call the UNC helpline at 1-888-850-2684 before visiting our office, an urgent care location, hospital, or emergency room.

Please reschedule your appointment if you have COVID-19 symptoms or are concerned that you may have been exposed to COVID-19. This can be done through your patient portal or by calling our office at 919-788-4444.

As a courtesy to our patients and staff in order to reduce the risk of exposure, we are STRONGLY DISCOURAGING VISITORS at this time. We request that PATIENTS attend appointments ALONE or with ONE HEALTHY ADULT support person IF NECESSARY.

With some schools being released, we ask that you PLEASE MAKE EVERY EFFORT to arrange childcare to reduce exposure. We will be happy to reschedule your appointment to accommodate this request.

Please visit the CDC and NCDHHS websites for the latest developments.