Group (B) Beta Strep in Pregnancy

What is group B streptococcus (beta strep)?
Group B streptococcus (also called beta strep, or GBS), is a very common type of bacteria. Ten to thirty percent of pregnant women carry GBS bacteria. Most often the bacteria are in the vagina or rectum. GBS bacteria are different from the type of bacteria that cause strep throat.
Healthy adults carrying GBS may not have any symptoms or problems. However, sometimes the bacteria can cause an infection in the uterus, bladder, kidneys, or, rarely, the brain (meningitis). These infections in adults are usually not serious and can be treated with antibiotics. But a baby can get very sick and even die if the mother has untreated GBS.

How does it occur?
Both women and men may have GBS. The bacteria often live in the mouth, bowel, bladder, vagina, and rectum. A woman who carries GBS can pass it to her baby during labor or delivery.

What are the symptoms?
In most cases pregnant women do not have any symptoms of infection. When they do have symptoms, they may include:

How is it diagnosed?
GBS can be found by testing urine or swabbing the cervix, vagina, or rectum. The samples of fluid are cultured in a lab. A test result is positive if beta strep bacteria are found in the culture. The test is negative if the bacteria are not found. The Centers for Disease Control (CDC) recommends that all pregnant women have a GBS culture in the 35th to 37th weeks of pregnancy. A culture may also be done if you have premature rupture of the membranes, a fever during labor, or urinary tract symptoms such as painful, bloody, or frequent urination.  A rapid test for GBS may be done when you go to the hospital to deliver your baby. The results of this test can be known in 2 to 3 hours. However, it is less accurate than cultures and is rarely used earlier in a pregnancy.

How is it treated?
If your tests for beta strep are positive, you will probably not be treated until you are in labor. During labor you will be given intravenous (IV) antibiotics. If you were treated earlier in the pregnancy, the bacteria could come back again before the baby is born. The one exception is when a urine culture, done at any time during pregnancy, shows that GBS is causing a bladder infection. In this case your health care provider will probably prescribe an oral antibiotic to treat the infection.  Because infection of the baby can cause serious problems, you may be treated during labor if you have any risk factors for beta strep infection, even if your test results are negative. The risk factors are:

How long will the effects last?
A woman who has GBS does not usually have any symptoms of illness or long-lasting effects. The main risk is that the newborn will become sick. GBS infection can affect the baby’s blood, brain, spinal cord, or lungs. The baby may have long-term problems that affect hearing, vision, or learning abilities if the brain is infected. The baby might die.

How can I help prevent GBS infection of the baby?
Getting tested for GBS and being treated with antibiotics during labor, if necessary, greatly reduces the risk that your baby will be infected with GBS.

For more information, refer to: www.acog.org

*One physician will be available each week.

Did you know that our office and providers have

been participating in Clinical Research Studies 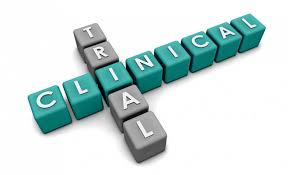 *New patients must register with our office before using the patient portal.

Due to the current COVID-19 pandemic, our policies and restrictions are being updated frequently.

If you have COVID-19 symptoms or you are concerned that you may have been exposed to COVID-19, call the UNC helpline at 1-888-850-2684 before visiting our office, an urgent care location, hospital, or emergency room.

Please reschedule your appointment if you have COVID-19 symptoms or are concerned that you may have been exposed to COVID-19. This can be done through your patient portal or by calling our office at 919-788-4444.

As a courtesy to our patients and staff in order to reduce the risk of exposure, we are STRONGLY DISCOURAGING VISITORS at this time. We request that PATIENTS attend appointments ALONE or with ONE HEALTHY ADULT support person IF NECESSARY.

With some schools being released, we ask that you PLEASE MAKE EVERY EFFORT to arrange childcare to reduce exposure. We will be happy to reschedule your appointment to accommodate this request.

Please visit the CDC and NCDHHS websites for the latest developments.